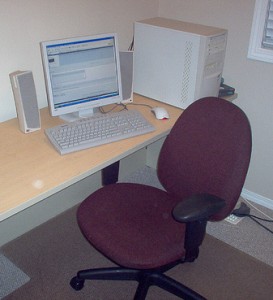 The league claimed that Stephenson had released the league from liability when he completed an online form containing a waiver provision. If you are not used to legal terminology then this may seem rather confusing, however you don’t have to be an expert on the subject or to have been through marketing higher education to understand it. The following should hopefully help you understand it more clearly.

1. Acknowledge and duly understand that each participant will be engaging in activities  that involve risk of serious injury, including permanent disability and death, and severe social and economic losses which might result not only from their own action, inactions or negligence but the actions, inactions or negligence of others, the rules of play, or the condition of the premises or of any equipment used. Further, that there may be other risks not known to us or not reasonably foreseeable at this time.

3. Assume all the foregoing risks and accept personal responsibility for the damages following such injury, permanent disability or death.

4. Release, waive, discharge and covenant not to sue the Lawyers Athletic League, Inc., Lawyers Athletic Association, Inc., the Lawyers Basketball League, the New York City Corporate Basketball League, Lawyer Volleyball League and its related Leagues and affiliated organizations, their directors, commissioners, referees, employees, agents, facilities and sponsors from any and all liability to the undersigned, his or her heirs and next of kin for any and all claims, demands, losses or damages on account of injury, including death or damage to property, caused or alleged to be caused in whole or in part by the negligence of Lawyers Athletic  League, Inc. or its related “releasees” enumerated above.

By checking this box the participants have read the above waiver & release, understand that they are giving up substantial rights by checking it and check it voluntarily. pp 4-6

In part 1, the waiver clearly warns of some of the risks of basketball, including those resulting from the player’s own actions and the actions, inactions, and negligence of others. In addition, in part 4, the signer releases the league and others from all claims, including those caused or alleged to be caused in whole or in part by the league’s negligence.