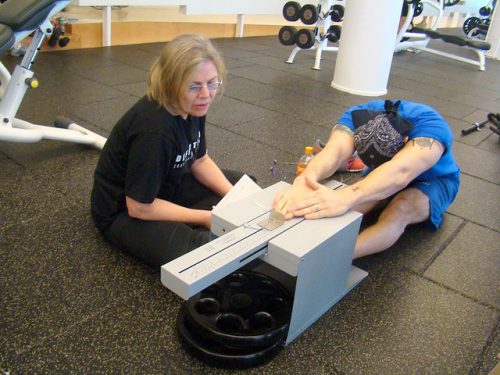 Personal trainers should recognize the potential for injury in their profession and strive to serve their clients safely and effectively. Gregory Pedersen, the personal trainer in Berisaj v. LTF Club Operations Company, Inc. (2019), was faced with a lawsuit by a client of 17 fitness sessions; the lawsuit alleged 1) negligence, 2) gross negligence, and 3) willful and wanton misconduct.

Plaintiff Victor Berisaj, who had been a client of LTF since 2007, received a back injury in an auto crash in 2015. Following this, he completed physical therapy, and afterward contracted with Pedersen for personal training. The trial court ruled that the LTF waiver and the personal training waiver protected LTF and Pedersen from liability for ordinary negligence. The trial court also ruled that there was no genuine issue of material fact regarding the gross negligence and w/w claims. This case is the appeal by Berisaj.

The  Michigan appellate court clarified that “A question of fact exists when reasonable minds could differ as to the conclusions to be drawn from the evidence.”  The nonmoving party (Berisaj, in this case) may not rest upon its pleading, but must set forth specific facts showing that there is a genuine issue for trial. The court emphasized that an “issue of material fact exists when the record, giving the benefit of reasonable doubt to the opposing party, leaves open an issue upon which reasonable minds might differ.”

What is Gross Negligence and Willful and Wanton Misconduct in Michigan?

The court stated that “Gross negligence occurs where a party’s conduct was so reckless as to demonstrate a substantial lack of concern for whether an injury results.” The court expanded by stating that “A plaintiff cannot satisfy a gross negligence claim by merely stating that a defendant could have taken additional precautions.” It added that gross negligence occurs where “if an objective observer watched the actor, he could conclude, reasonably, that the actor simply did not care about the safety or welfare of those in his charge.” The court then defined willful and wanton misconduct as not simply a higher degree of carelessness, but rather it occurs “only if the conduct alleged shows an intent to harm or, if not that, such indifference to whether harm will result as to be the equivalent of a willingness that it does.”

The Evaluation of the Court

The court went into detail listing reasons the actions of the personal trainer were not grossly negligent nor willful and wanton misconduct.  This discussion could be looked upon by personal trainers in training as a How-To-Do-It Guide.

Beyond the 17 workouts, the court pointed to other acts by Pedersen that showed concern for his client:

The court summarized by pointing out that

The appellate court affirmed the trial court’s summary disposition of plaintiff’s gross negligence and willful and wanton misconduct claims because the evidence does not raise a factual question on whether defendants disregarded plaintiff’s safety, showed intent to harm plaintiff, or showed an indifference as to whether harm would result from the personal training activities.

A personal trainer cannot prevent a client from filing a lawsuit, but the trainer can do many things to improve his or her chances of winning the suit. This trainer obviously cared for his client’s safety and took many steps to benefit the client and to avoid injury. Most clients would have appreciated the effort made by Pedersen. It is hard to know what Berisaj was thinking. A beginning trainer should study Pedersen’s performance – it may not be perfect, but it was awfully good (and caring). Experienced trainers should look at it and ask “Am I doing this much for my clients?” Going that extra mile paid off in this case.

Notice, the waiver was just mentioned in passing – but it protected both the club and trainer from liability for ordinary negligence.