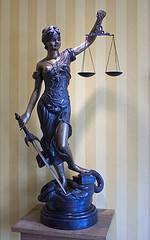 For some time, the appellate courts in Florida have disagreed as to whether a waiver must include the term “negligence,” “negligent acts,” or similar language in order to be enforceable. In Sanislo v. Give Kids the World, Inc. (2015 Fla. LEXIS 214), the Supreme Court of Florida ruled the use of the word “negligence” is not required. The decision came in a close 4 to 3 verdict.

The Sanislo family traveled to take an ill child for a wish fulfillment. While there, the mother was injured in a photo session. The pertinent waiver language read:

I/we hereby release Give Kids the World, Inc. and all of its agents, officers, directors, servants, and employees from any liability whatsoever in connection with the preparation, execution, and fulfillment of said wish, on behalf of ourselves, the above named wish child and all other participants. The scope of this release shall include, but not be limited to, damages or losses or injuries encountered in connection with transportation, food, lodging, medical concerns (physical and emotional), entertainment, photographs and physical injury of any kind. . . .

I/we further agree to hold harmless and to release Give Kids the World, Inc. from and against any and all claims and causes of action of every kind arising from any and all physical or emotional injuries and/or damages which may happen to me/us. . .

The court differentiated between indemnification agreements and exculpatory clauses (waivers). It stated that “indemnification provides a party entitled to indemnification the right to claim reimbursement for its actual loss, damage, or liability from the responsible party. . . .” Florida law requires the use of “negligence” in such agreements. In contrast, the court stated that an exculpatory clause “shifts the risk of injury and deprives one of the contracting parties of his or her right to recover damages suffered due to the negligent act of the other contracting party.”

The court looked at precedent in other states and found four standards for determining whether waiver language clearly and unequivocally releases one from liability for negligence. The four standards are:

The court found, however, that a number of sources, including American Jurisprudence, had stated that “the better practice is to expressly state the word ‘negligence’ somewhere in the exculpatory provision.” The court reasoned, however, that the term “negligence” may not be understood by the average ordinary and knowledgeable person and might not clarify the waiver at all.

In examining the waiver, the court felt that it released the defendants from “any liability whatsoever in connection with the preparation, execution, and fulfillment of said wish. . . .” The language of the agreement then provided that the scope of the agreement included “damages or losses or injuries encountered in connection with transportation, food, lodging, medical concerns (physical and emotional), entertainment, photographs and physical injury of any kind. . . .” [Emphasis added.] The court then stated the agreement “clearly conveys that Give Kids the World would be released from any liability; it asked what the agreement would cover if not the negligence of the defendants.” It further pointed out that it was obvious that the waiver was not referring to circumstances that are not inherently dangerous (inherent risks).

It is important that the court stressed that “our holding is not intended to render general language in a release of liability per se effective to bar negligence actions.” It added that “exculpatory clauses are only unambiguous and enforceable where the language unambiguously demonstrates a clear and understandable intention to be relieved from liability so that an ordinary and knowledgeable person will know what he or she is contracting away.”

The court concluded with “the absence of the terms ‘negligence’ or ‘negligent acts’ in an exculpatory clause does not render the agreement per se ineffective to bar a negligence action.”

Summary
The debate is over in Florida. Waivers need not include the word “negligence” in order to be enforced; however, the waiver MUST unambiguously demonstrate the clear and understandable intention to be relieved from liability. It must be so clear that an ordinary and knowledgeable person will know what he or she is contracting away.

That said, it is still better practice to refer specifically to the ordinary negligence of the provider. This greatly reduces the likelihood of ambiguity. Note that this case would not have been before the Supreme Court of Florida if the term had been included in the waiver.