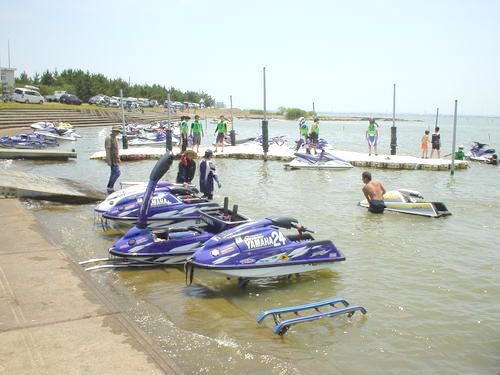 Bradford Jones and his son Forbes collided with each other while riding jet skis. Bradford was injured and subsequently sued both The Barge, LLC and its owner David Hubert. The trial court granted summary judgment in favor of defendants based on the liability waiver signed by Jones prior to the ride. It should be noted that the waiver listed The Barge, LLC as a protected party, but the ownership and legal status of the business had changed several times over the years and at the time of the accident, the company was a sole proprietorship – not an LLC.

Jones appealed the summary judgment to the California Court of Appeals (Jones v. Barge, 2018). It was undisputed that the waiver signed by Bradford on his own and Forbes’s behalf released The Barge, LLC “from any and all liability of any nature for any and all injury or damage.” The issue revolved around the fact that the waiver named The Barge, LLC, its owners, operators, etc.; Jones claimed that there was no evidence presented showing Hubert was the owner of the company.

The court stated that to be

But Hubert’s separate statement of undisputed facts gave the following:

The court went on to add

These undisputed facts do not address or mention the released entity (The Barge LLC), do not state that Hubert owned The Barge, LLC when the Release was signed in July 2012, do not state that Hubert did business under this entity’s name, or that he acquired the entity or was assigned its rights under the Release before or after the accident. Even as to The Barge, the separate statement does not state that it is the same entity mentioned in the Release and Use Agreement. Because Hubert failed to address his relationship with the sued and released entity, The Barge, LLC, the burden of production never shifted to plaintiffs and, therefore, Hubert’s motion should have been denied. [“if the showing by the defendant does not support judgment in his favor, the burden does not shift to the plaintiff and the motion must be denied without regard to the plaintiff’s showing.”].)

The court ruled that Hubert’s motion for summary adjudication should have been denied in its entirety. The verdict was reversed and sent back to the trial court.

Judge Dhanidina dissented. He disagreed with the ruling that the trial court erred. He felt that “Hubert’s failure to explain his relationship with ‘The Barge, LLC’ in his moving papers is unsurprising, because the undisputed facts showed the jet ski rental company was never a limited liability company and there was never a disputed issue of material fact about who owned it at the time the accident occurred.” He pointed out that Hubert had made it clear in his deposition that the company had never been an LLC nor anything other than a sole proprietorship.

Dhanidina recognized the majority’s emphasis on the importance of the separate statement of facts in a summary judgment motion, but questioned that “technical compliance” with the procedural requisites for such motions is required.

It seems here that several mistakes were made. The first was the inclusion of the incorrect name of the business and its designation as a LLC. The second mistake was by the defendant’s attorney for not following the procedural requisites for motions to the letter.  It also seems that the dissenting judge made some excellent points.