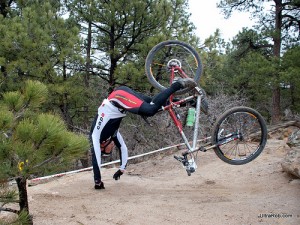 On July 21, 2011, a Wisconsin Circuit Court granted summary judgment to Trek Bicycle Corporation in a lawsuit arising out of a mountain bike accident. The plaintiff in the case had sustained the permanent loss of the use of his legs due to an accident that occurred on a mountain bike trail system that was established and maintained by Trek.

The basis for the dismissal was the court’s conclusion that Wisconsin’s Recreational Use Statute (the “R.U.S.”) provided immunity to Trek. The case highlights that the R.U.S. provides broad protection to businesses that open their property to allow recreational activities; but to secure that protection, businesses must be aware of the rather intricate grants and exceptions of immunity in that statute, if they are to be able to successfully structure their operations to take advantage of those protections.

The plaintiff (Russell), was employed by Trek at Trek’s headquarters in Waterloo, Wisconsin. On land adjacent to that facility, which Trek leased, Trek had constructed a series of biking trails for use by Trek employees; those trails were partially maintained by Trek employees, including Russell. In 2007, Russell crashed his bike while riding on the trails, suffering severe physical injuries, and he and his wife sued Trek for compensatory damages, claiming negligent design and maintenance of the trail system, including failure to warn users of trail changes and other dangerous conditions, and placement of the jump involved in the accident too close to the tree into which Russell crashed. Trek moved for summary judgment under the R.U.S. Trek also contended that a Release and Waiver of Liability form that Russell had signed barred Russell’s claims.

The plaintiffs conceded that Russell had been engaged in a “recreational activity” on property which Trek was the “owner” of, as that term is defined in the statute. The court noted that Trek therefore as a matter of law had R.U.S. immunity, unless a statutory exception applied.

The plaintiffs asserted that the “profit exception” to immunity would apply, because although Trek never required any users of the trails to pay a user fee, Trek nonetheless received a commercial benefit from permitting Russell and others to use the property. Plaintiffs asserted that Trek benefited from the trail-maintenance services provided by employees during their off hours, and that in 2007 (the year of Russell’s accident), those services exceeded $2,000 in value (the “profit exception” threshold set by the statute). They further asserted that Trek derived an additional pecuniary benefit from the trails because trek employees used the trails during sales meetings, and because on at least one occasion Trek had promoted the sale of its products by permitting visiting dealers to use the trails.

Trek replied that under the R.U.S., if the services an owner received constituted a “donation for the management and conservation of the resources of the property,” then the value of those services could not be considered as relevant “payments.” Trek argued that while Trek had highly encouraged employees to provide trail-maintenance services there was no quid pro quo; rather, such services were donated by employees, and any employee who had signed the Trek Release and Waiver form, could use the trails, even if they had never performed any work on the trails. Trek further argued that the R.U.S. provides that only actual “payments” received by a property owner are considered, when deciding whether the statute’s $2000 “payments-received” threshold has been surpassed, and that the statute expressly excludes from consideration “indirect nonpecuniary benefits” a property owner may receive for permitting recreational activities.

The court first found that based on the record before it, the value of the payments Trek received for the recreational use of the property in 2007 had not been established (i.e., the value of the employee trail-maintenance services was speculative, and the alleged pecuniary benefit from employee and dealer trail rides was speculative as well). Second, the court went on to discuss that (even if it were to assume that the value of the employees’ maintenance services exceeded $2000 in the year of the accident), whether those services should be ignored because such were (a) a “donation,” and (b) if so, a donation for the “management and conservation of the resources on the property.” Giving a liberal construction to the statutory language, the court held first that such services constituted a “donation,” because such services were not mandatory (no employee were required to provide maintenance services, and any employees could use the trails, whether they provided trail services or not). Further, the court ruled that the services donated should be considered “management and conservation of the resources on the property,” rejecting the plaintiffs’ argument that those terms should be narrowly interpreted to such activities as planting or cultivating trees on the property. The court instead indicates that the “‘resources on the property’ managed and conserved by the Trek employees were the bicycle trails and related terrain.”

Because of these rulings, the court concluded Trek was entitled to summary judgment under the R.U.S., and that it was therefore unnecessary for the court to consider whether the waiver Russell signed would bar his claims.

Plaintiffs’ liability theory against IMBA was one based upon IMBA’s allegedly having provided design advice to Trek and Trek employees regarding at least a portion of the trail system. Although plaintiffs voluntarily agreed to dismiss their claims against IMBA, the publicly available documents do not disclose what caused or motivated the plaintiffs to dismiss those claims.

In dismissing the plaintiffs’ claims against Trek, Judge Neiss faithfully applies the plain text of the statute. This case could have turned out differently, if Trek had failed to structure its operations in a way that takes into account the terms and exceptions contained in the R.U.S. The threshold $2000 “payments-received” exception in the statute is quite low, and could have been exceeded easily if Trek had charged a small fee to employees or others who used the property for mountain biking, or if it had charged a license fee to others for the privilege of using the land for other recreational activities.

The terms of the R.U.S. are intricate and not always clear. Organizations should be aware that the R.U.S. makes distinctions between types of property owners (governmental, non-profit and private), and types of property (e.g., treating differently in some instances platted land from unplatted land, and residential property from nonresidential property). Organizations that are considering allowing third-parties to use their property should consult with their lawyer, for advice about how to best structure ownership and operations at the property, if they want to ensure they obtain immunity under the R.U.S. In addition to the “peace of mind” that can result from such an R.U.S. review, an additional benefit is that organizations that go through such can then follow-up with their insurance agent or broker, to seek a reduction in insurance premiums.

As always, if we at KMK can assist you in structuring your operations to protect you or your organization from unnecessary liability, do not hesitate to contact us.

About Pendleton: Alexander “Sandie” Pendleton is a shareholder with the Milwaukee law firm of Kohner, Mann & Kailas, S.C., and is the leader of the firm’s Sports, Fitness and Recreational (S/F/R) Team. Sandie has over twenty years of experience counseling clients involved in sports and recreational activities, including power sports activities, and is a frequent speaker and writer on recreational liability issues. To learn more about Sandie and the KMK S/F/R Team, visit www.releaselaw.com.