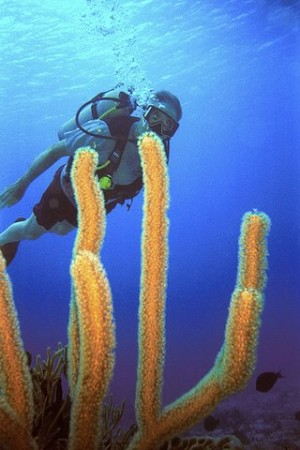 When a person participating in a recreational or sports activity is killed due to the negligence or recklessness of the activity provider, it is apparent that the deceased party cannot sue the responsible party for damages. In such cases, the heirs of the deceased may file a wrongful death claim. Wrongful death is an action brought on behalf of a deceased person’s beneficiaries that alleges the cause of the death was the negligent, reckless, or willful act of another.

In many cases, the deceased party has signed a waiver of liability in which he or she (on behalf on himself, his spouse, heirs, and assigns) agrees to release the provider from liability for injury or death resulting from the negligence of the provider.  In most states, such an agreement is binding on the family and takes away the rights of the survivors to sue for damages. In these states, the survivor’s claim is said to be derivative – that is, the claim of the survivors or parties filing the action is valid only if a claim by the deceased (had he been injured, but survived) would have been valid. In these states the waiver signed by the deceased releasing the defendant provider from liability is examined by the court. If that waiver would be ruled valid and enforceable against the deceased, it is valid against the claim of the survivors.

The trial court held the exculpatory release signed by decedent barred any survivorship claim which may have been asserted by his estate pursuant to N.J. Stat. Ann. § 2A:15-3, but did not legally preclude an independent wrongful death action brought by the decedent’s heirs, who had not signed the agreement. The release agreement was signed by the decedent and the business; it could therefore only bind those parties.

The New Jersey court emphasized that the class of litigants in a wrongful death case often includes minor children, dependent upon the decedent for economic support. It went on to say that a wrongful death action can only be brought for the benefit of decedent’s heirs. N.J.S.A. § 2A:31-4. Wrongful death damages are intended to compensate the statutorily recognized class of claimants for the pecuniary losses caused by the death of the decedent as a result of the tortious conduct of others.

The court stated that the public policy of New Jersey holds that an exculpatory release will be enforced if (1) it does not adversely affect the public interest; (2) the exculpated party is not under a legal duty to perform; (3) it does not involve a public utility or common carrier; or (4) the contract does not grow out of unequal bargaining power or is otherwise unconscionable.

The court felt that enforcement of the exculpatory release agreement in this case would adversely affect the public interest because it relieves the alleged wrongdoer from the legal responsibility of compensating decedent’s heirs, thereby shifting this economic burden to public welfare agencies, willing family members or private charities. The court felt that enforcement would directly undermine the remedial purpose of the Wrongful Death Act. The court went on to state that even if decedent had the legal authority to bargain away the statutory right of his potential heirs, society’s interest in assuring that a decedent’s dependents may seek economic compensation in a wrongful death action outweighs decedent’s freedom to contract.

Hence, the court concluded that decedent did not have the legal authority to bargain away his heirs’ statutory rights to institute a wrongful death action in exchange for the privilege of having defendants provide him with scuba diving instructions. To hold otherwise would directly undermine the legislative policy established by the Wrongful Death Act.

Activity providers in New Jersey should know that while the waiver they use may protect them from claims by the participant and signer of the waiver, it may not protect against claims by heirs in wrongful death suits. Since there may be other states that look at wrongful death as New Jersey does, one would be prudent to investigate the law in your home state.