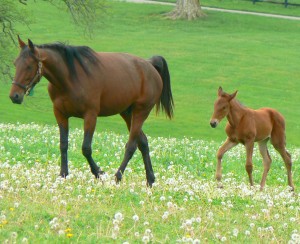 New York’s highest court has stated that disclaimers or releases of liability are looked upon with disfavor; however, absent conflict with statute or public policy, courts will enforce such contracts (Gross v. Sweet, 1979).  Factors used in determining enforcement include: 1) intent of the parties, 2) clearness and comprehensibility of the language, 3) parties’ awareness of the agreement, and 4) the frequency with which the releases appear in the type of transaction under consideration. Courts require that the waiver be in a language easily understandable to a lay person (Rice v. Harley Davidson, Inc., 2005).

The waiver will not bar claims outside the contemplation of the signing party (Beardslee v. Blomberg, 1979).  The language of the agreement must express in unequivocal terms the intention of the parties to relieve the relying party of liability for negligence. The agreement must make its terms unambiguous and understandable (Blanc v. Windham Mountain, 1982).  This does not mandate the use of “any simple or monosyllabic language,” however; it does demand that such provisions be clear and coherent.

The word “negligence” or words conveying the same import, such as “caused by the neglect or fault of the relying party,” must appear in the agreement (Gross, 1979). The high court went on to say that if “negligence” is not included, “words conveying a similar import must appear.” In Rice v. Harley Davidson, Inc. (2006), the court stated that language such as “any and all responsibility or liability of any nature whatsoever for any loss of property or personal injury” is insufficient to bar a claim of negligence; likewise, common “release and hold harmless” language fails to protect from negligence claims.

So we can conclude that waivers must meet very strict standards in order to be enforceable in New York – but, they are enforceable. However, there is one other major impediment to waiver protection in the state; General Obligations Law § 5-326 deems waivers void as against public policy under specific circumstances.  The statute provides:

[e]very covenant, agreement or understanding in or in connection with, or collateral to, any contract, membership application, ticket of admission or similar writing, entered into between the owner or operator of any pool, gymnasium, place of amusement or recreation or similar establishment and the user of such facilities, pursuant to which such owner or operator receives a fee or other compensation for the use of such facilities which exempts the said owner or operator from liability for damages caused by or resulting from the negligence of the owner, operator or person in charge of such establishment, or their agents, servants or employees, shall be deemed void as against public policy and wholly unenforceable (emphasis added).

So from a close reading of the statute, it is clear that a liability waiver will not provide protection for a large number of recreation providers. One might conclude that operators of places of amusement or recreation who charge a fee for use of the facility or activity need not bother to use a waiver. Not so! There are a number of exceptions that could, in fact, result in the waiver being upheld.

In addition, as indicated in the title of this post, redacted waivers have sometimes been admitted. A redacted waiver is one in which parts have been blacked out – generally the exculpatory language releasing the provider from liability. The remainder of the waiver is shown to the jury to help show that the participant was aware of the risks inherent in the activity. In DiMaria v. Coordinated Ranches, Inc. (1988), a woman fell from her horse and was injured. In the waiver, the release of liability for injuries due to negligence were redacted, but the remainder of the document showed the plaintiff had expressly assumed all risks.

Likewise, in a case involving Cornell University who was injured in a tumbling activity (Duchesneau v. Cornell University, 2013). G.O.L. § 5-326 applied so the waiver was inadmissible; the court did allow a redacted version, by which the defense was able to show that the plaintiff had assumed the inherent risks of the activity.

While New York has some very serious restrictions on the use of liability waivers, providers would be well advised to make use of a well-written liability waiver that provides a detailed warning of the inherent risks of the activity.