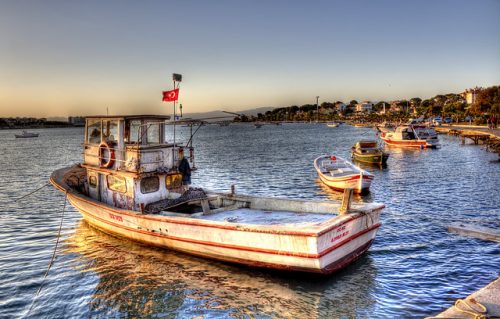 Sport, recreation, and fitness businesses regularly depend upon liability waivers for protection from liability for injuries resulting from the negligence of the business. What is still astounding is the quality of some of the waivers relied upon by some businesses. Some small businesses have investments of hundreds of thousands of dollars; other businesses’ investments are in the millions. In spite of this, some are relying upon what seems to be a 25 cent waiver.

In New Pelican Charters,LLC v. Claimants (2019), we see a case in which a deep sea charter fishing business was sued by two of its clients when their boat had an allusion with a shrimp boat anchored at sea. The two men each suffered serious back injuries and filed suit alleging negligence on the part of the company.

Both clients signed a waiver of liability prior to the excursion. The defendants claimed that they were shielded from liability by the waiver. The pertinent part of the waiver read:

“I will not hold [Deep Sea or the M/V New Pelican] or their employees, agents or other associated personnel responsible if I am injured as a result of any problem[s] (medical, accidental, or otherwise) which occur while on the boat or otherwise participating in the trip.”

The case fell under the jurisdiction of admiralty law since the event took place at sea.

Allegations by the plaintiffs included the following:

The defendants responded with:

The court stated that:

The court made clear that the issue on summary judgment is whether the forms were legally sufficient to waive plaintiffs’ right to bring suit against Deep Sea.

The court emphatically stated that they were not. The court explained that:

Accordingly, because the waiver forms do not clearly and unequivocally provide for indemnification for or release of Deep Sea’s own negligence, plaintiffs have not waived their ability to sue Deep Sea for their injuries. Summary judgment in favor of defendants is denied.

The main take-away here is that every business needs a well-written waiver. The addition of one word in the waiver, “negligence,” might well have allowed the enforcement of the waiver and provided protection for the company. Every waiver should state that the signer is releasing the provider from liability for injuries resulting from the negligence of the provider.