This article by Doyice Cotten originally appeared in Fitness Management, but is as timely today as ever. Health, fitness, and recreation providers should have a plan in place for dealing with heart attacks and other serious incidents. Failure to do so can leave the provider liable. 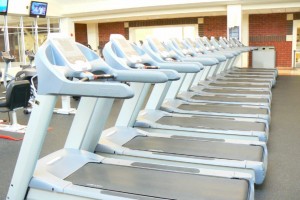 Jerry Atcovitz suffered a heart attack while playing tennis at Gulph Mills Tennis Club in Pennsylvania.  He later filed suit against the club claiming that damage to his heart could have been mitigated if the club had utilized an automated external defibrillator (AED).  Gulph Mills claimed that a Pennsylvania statute, the Emergency Medical Services Act, did not permit employees at the facility to use the AED and the trial court judge granted summary judgement on behalf of the defendant.  The appellate court, in reviewing the case, determined that the trial court had misinterpreted the Act and declared that the regulations place no prohibition on the first aid use of AEDs by lay persons.  The court went on to point out that the 1998 Good Samaritan statute provides immunity to anyone who “in good faith uses an AED in an emergency as an ordinary, reasonably prudent individual would do.”  The case was remanded for trial to determine if the club was negligent. (Atcovitz v. Gulph Mills Tennis Club, Inc., 2001 PA Super 16; 2001 Pa. Super. LEXIS 16)

How likely are you to have a client suffer a heart attack in your club?  That is impossible to answer precisely, but more than 250,000 Americans die each year of sudden cardiac arrest.  In one large database of more than 2.9 million commercial health club members, 71 deaths were reported in a two year period.   In a survey of 65 randomly selected Ohio health clubs, 17 percent reported a club member having a sudden cardiac death or heart attack during a five year period.  Also, consider that health club demographics are changing rapidly.  More than half of all clubs have a membership base of people over 35 years of age.  In fact, the fastest growing membership segment is in the over-55 age group.

How serious is sudden cardiac arrest?  Serious enough that more than 95% of its victims die when defibrillation is not prompt.  Studies show that any delay between cardiac arrest and defibrillation is critical — for every minute of delay, chances of recovery drop by 7-10%.  It is estimated that as many as 50% of cardiac arrest victims could be saved if they were defibrillated within 7 minutes or less.  Evidence of AED effectiveness is provided by the experience of Chicago‘s O’Hare and Midway airports.  During the first 10 months after 49 AEDs were placed in the two airports, there were 14 cardiac arrests (12 going into ventricular fibrillation).  Nine of the victims were revived with an AED with no neurological damage.  Further, in nine of the incidents, airport travelers – not staff personnel –  successfully operated the devices.

Some club owners are concerned about the legality of employees using the AED.  This no longer is a viable issue.  All 50 states have passed AED Good Samaritan legislation for lay persons. In addition, Congress passed the Cardiac Arrest Survival Act which augments state Good Samaritan legislation by providing federal liability protection for users.  The use of the devices is growing rapidly and many health clubs have been leading the way.  Among the organizations endorsing or encouraging their use are  the AMA, ACSM, IRHSA, YMCA of the USA, and the FAA.  The AMA and ACSM have published a joint position statement that encourages the use of AEDs in 1) facilities with more than 2500 members, 2) clubs with special programs for the elderly or for people with medical conditions, and 3) clubs where the local emergency medical services response is likely to be five or more minutes.   YMCA of the USA, in a Technical Advisory Paper,  stated that “. . . it now seems almost certain that AEDs will become an essential part of the standard of care for health-fitness facilities.”

The question is no longer “Could I be liable if one of my employees use it?”  The question now is “Could I be liable if my employees do NOT use it?” At present, the AED has not been established as the required standard of care, however, it seems to be only a matter of time.  Ask yourself what a reasonable, prudent club manager would do to fulfill his duty regarding the safety of his or her clients considering 1) the evidence regarding the benefits is overwhelming;  2) the device is inexpensive and easy to use; and 3) both the medical profession and health and fitness organizations are united in favor of the device. Good risk management procedure mandates the acquisition and use of AEDs in health and fitness clubs.