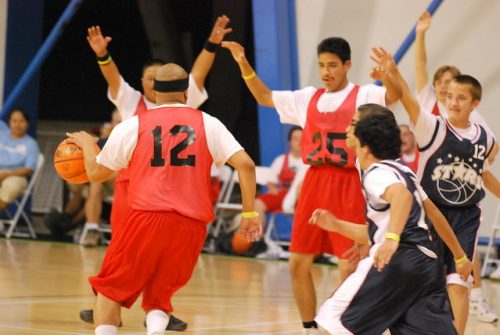 We know that in most states, a well-written waiver of liability will protect a sport, recreation, or fitness provider from liability for injuries to an adult resulting from the ordinary negligence of the provider. Such waivers, however, are not limitless; there are situations and circumstances in which even a well-written waiver will fail to provide protection for the negligent provider. The following Illinois appellate case (Offord v. Fitness International, LLC,,2015) illustrates one circumstance in which a waiver fails to protect.

Facts of the Case

Herbert Offord injured his knee while playing basketball as a guest at a LA Fitness facility. He alleged that he slipped on an accumulation of water that was the result of a “leaking roof and/or skylight and/or window.”  He filed a two-count lawsuit claiming both negligence and willful and wanton conduct against Fitness International. Fitness International claimed Offord had signed a liability waiver releasing the club from liability for negligence and the club denied willful and wanton conduct.

There were two main issues: 1) The first was whether the plaintiff signed the waiver. Offord claimed the scrawled signature on the electronic key pad was not his. 2) The second was whether the incident was within the scope of the waiver language or went beyond the contemplation of plaintiff.

I hereby acknowledge, agree and understand that the use of LA Fitness facilities, services, equipment or premises, involves risks of injury to my person and property …. By engaging in such use … I assume full responsibility for such risks. … I do hereby release, waive, hold harmless, and covenant not to sue Fitness International LLC… from any liability and all claims arising from my … use of LA Fitness’ facilities, services, equipment or premises. This waiver of all claims includes, but is not limited to, personal injury (including death) from accidents or illness, as well as any and all claims resulting from damage to, loss of, or theft of property.

I understand that I am releasing LAF from all liability to me … and forever give up any claims therefore on account of injury to person or property whether caused by the active or passive negligence of LAF.

The court upheld the ruling by trial court that the plaintiff signed the waiver. Appellate court stated that the trial court was in best position to determine this and said their finding was not against the manifest weight of evidence.

Discussion of the Scope of the Waiver

Regarding the scope of the waiver, the appellate court pointed out that the parties agreed that plaintiff testified that he was injured while using the basketball court when he slipped on what he thought was water, and that someone else told him that the roof was leaking. The court pointed out that the waiver is extremely broad, providing that plaintiff releases Fitness International from liability for “all claims arising from my … use of LA Fitness’ facilities, services, equipment or premises.” In addition, the court noted that the waiver does not exclude defects in the building from its breadth. It added that the clause is typical of those required by workout facilities to cover incidents arising from foreseeable injuries “using equipment, such as tripping and falling off a treadmill or weights dropping on their feet;” the court concluded that when reviewed in the light most favorable to plaintiff, the facts indicate that the plaintiff could not possibly have foreseen or contemplated that a leak from a defective roof would cause his injury.

The court said the cause of this injury was distinguishable from an injury caused by other sources of condensation on the court such as perspiration, a spilled beverage, or cleaning products. The court concluded that at the time of the signing of the exculpatory clause, plaintiff could not have foreseen that he would be injured due to a leaking roof. The court commented that, at the very least, the plaintiff has raised a sufficient factual issue to defeat the dismissal of his claim at this stage of the proceedings by summary judgment.

After reviewing the facts contained in the record, the court held that the circuit court erred when it dismissed plaintiff’s negligence claim. For the foregoing reasons, the court reversed the judgment of the circuit court of Cook County and remanded the matter for proceedings consistent with this decision.