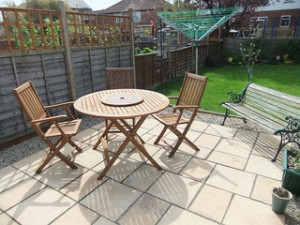 A lot rides on a liability waiver; they often determine whether the provider wins or loses a negligence suit. It is important enough that the waiver creator should take care to make certain that the waiver clearly defines the intent of the document. The following two cases clearly illustrate the importance of clarity of language. Note the brevity of the exculpatory language in each case.

In Hackett v. Grand Seas Resort Owner’s Association, Inc. (2012 Fla. App. LEXIs 10111), a guest was sitting on his patio at the resort when his chair collapsed. He was injured and sued the Resort. The resort relied on an “exculpatory” clause in the “guest license agreement”:

Notice to Guest: This property is privately owned. Management reserves the right to refuse service to anyone, and will not be responsible for accidents or injury to guest [emphasis added]or for the loss of money, jewelry or valuables of any kind. Guest authorizes the use of credit card on file for any and all unpaid charges.

The court stated that the use of the word “negligence” is not required, but that Florida courts will look to language that clearly indicated that a signer is giving up defined rights. It went on to say that better practice is to use the words “negligent” or “negligence.”  The court stated that “accident” does not equate to negligence. The court also found that nowhere in the agreement was the defendant named; it held that the term “management” was inadequate.

Elsesser v. Sleek, Inc. (2012 Mass. Super. LEXIS 193) involved a spa that performed a laser removal of unwanted hair between the eyebrows. The process resulted in scaring and unwanted results. The plaintiff sued alleging negligence and the spa claimed that a waiver protected them. The waiver contained language warning of possible risks followed by the following exculpatory language:

I will not hold Sleek Medspa, its owners or its employees responsible for the hair reduction or skin treatment results I experience. I realize that my skin and hair is an organ unique to me and that therefore results may vary. I further understand that Sleek Medspa cannot prescribe an exact number of treatments to satisfy each individual’s opinion and that number of treatments I compete will be at my own discretion:     (please initial).

The Massachusetts court examined the exculpatory language to determine if it specifically released liability, but found that “for hair reduction and skin treatments” was ambiguous. It then looked to see if the language constituted a general release of “all claims.” Finding no language referring to “all claims arising from the treatment,” the court held the intent of the document was not clear and granted summary judgment to the defendant.

Conclusion
In both cases, the waiver failed to protect the providers; this would certainly cost considerable time, expense, and worry. Much could have been avoided by a prior investment in a well-written waiver.