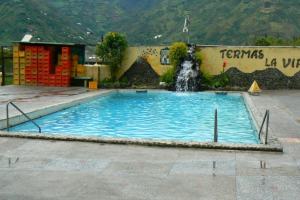 This Ohio case involved a slip and fall in a puddle of water when Marie Daher was leaving the swimming pool area going down a hallway to the shower area. She sued Bally’s based on premises liability; she alleged Bally’s was negligent in maintaining its premises (Daher v. Bally’s Total Fitness, 2015). Bally’s claimed that the hazard was open and obvious and that plaintiff had waived liability for negligence.

Appellant had used the facility hundreds of times for the past eight years. The club had had complaints about water occasionally in the past, but had no complaints on that day. There were no handrails. The area was well lit with no obstructions to vision. Employees dry mop the locker room floor throughout the day.

The court stated that Bally’s owed Daher a duty of ordinary care to maintain the premises in a reasonably safe condition. Bally’s, as a property owner, was not an insurer of Daher’s safety. The court added that “Under the open and obvious doctrine, it does not matter whether the invitee had a viable alternative to encountering the open and obvious danger.  Where a condition is patent or obvious, the business invitee is expected to protect himself, unless the condition is unreasonably dangerous.” The court noted that “water is inherently slippery and can create dangerous conditions that would be obvious to a reasonable person.”

Based on the facts presented, the court concluded that the wet condition of the locker room floor near the pool area was open and obvious. It pointed out that Daher admitted in her deposition that she was aware that the area became wet and slippery and that she needed to exercise care in traversing that area of the locker room. The court summarized that Bally’s did not cause the condition; had no actual knowledge of it; and did not know how long the water had been there. No club member, including Daher, had reported water on the floor. Further, the court added that although there were no handrails and/or floor mats, there is no such requirement to have these items under any statute or building code.

To enter the club each day, Daher had to swipe her membership card which contained her name, photograph, and the following language: “Use of this card or club acknowledges agreement to comply with club rules and written membership contract, including but not limited to the waiver and release of liability from any and all claims or causes of action arising out of our negligence for personal injury or theft of property.”

“WAIVER AND RELEASE. * * * You agree that if you engage in any physical exercise, class or activity, or use any club equipment or facility on the premises, you do so at your own risk. You agree that you are voluntarily participating in activities and use of the facilities and premises (including the parking lot) and assume all risk of injury, illness, damage or loss to you or your property that might result, including, without limitation, any loss or theft of any personal property. You agree to release and discharge us (and our affiliates, employees, agents, representatives, successors and assigns) from any and all claims or causes of action (known or unknown) arising out of our negligence. You acknowledge that you have carefully read this Waiver and Release and fully understand that it is a release of liability. You are waiving any right that you may have to bring a legal action to assert a claim against us for our negligence.”

The court ruled that since the open and obvious issue was determinative, the waiver became moot; thus the court did not rule on the waiver. The court held that the trial court grant of summary judgment to Bally’s was proper.