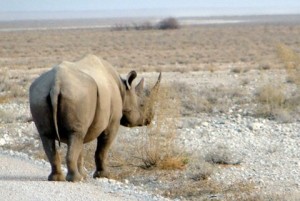 Those of you who have traveled to third world countries may have noticed that safety is not usually the top concern. Here are a few examples from Namibia that reinforce that idea! In Namibia, we found that the danger from wild animals in a reserve were not the only risks encountered.

Photos 2 and 3 show some transportation risks when the travel company tries to put too many bags into a van carrying people. Interestingly, it did not seem to bother the guide. Finally, he got a trailer for some of the luggage.

Photo 4 shows one reason photos 5 and 6 are important. Tourists were warned to stay in the vehicle.

At one hotel a fence was erected between the viewers and the waterhole which attracted animals. Photos 7 and 8.

There are other risks at the hotels. Photos 9 and 10 show a curving staircase; as is usually the case with  them, the step is quite narrow near the inside rail. Also in a hotel, the outside of the  bathtub was about 6 to 8 inches higher than usual (Photo 11). The inside was no deeper than usual, making a surprisingly long step onto a very slick floor. Very dangerous.

Two other hotels had trees extending over the walkway creating a collision hazard for a walker looking at the scenery rather than where he or she is going (Photos 12 and 13). Also, in the wilderness, thorn bushes (I don’t know their real name, but look at Photos 14 and 15 and you get the idea) are prevalent and sometimes extend over the walkway.

Photo 16 shows an effort at risk management. The sign is next to the structure in Photo 17. The sign prohibits more than 8 persons on the lookout at once, but I saw as many as 20 on it with two guides on hand.

So, in summary, as a tourist you should not expect to find the same safety standards as in the U.S. Sometimes it appears that the concept of risk management is missing. 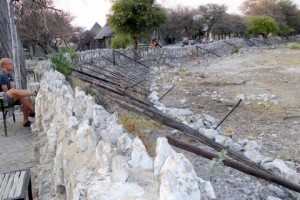 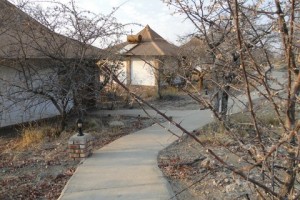