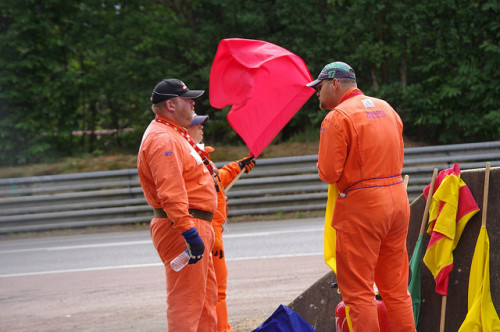 Certain types of special relationships can affect the enforceability of liability waivers. One such relationship is that between an employer and an employee – often referred to as the master-servant relationship.  Generally, waivers which employers require that their employees sign are unenforceable because of the economic hold that the employer has over the employee. Such waivers are generally deemed to be in violation of public policy.

In contrast, waivers between an employer and a volunteer worker are generally enforced. In two 2016 cases, the waiver was enforced against each of the two injured plaintiffs. In a New York case (O’Connell v. Macy’s Corporate Services, Inc.), the volunteer signed an online waiver to serve as a volunteer in the parade and was struck by an ATV that was following her in the parade. In the Indiana case (Sportsdrome Speedway v. Clark), the plaintiff volunteer was injured when he was struck by a car when it ran off the track at a curve where he was assigned to work.

Previous courts faced with waivers signed by volunteers have ruled similarly. A South Dakota man was seriously injured when a wheel came off a racecar, flew through the air striking him, resulting in very serious  injuries (Holzer v. Dakota Speedway, Inc., 2000). The court commented that the plaintiff worked at the track as a non-paid volunteer and not as a livelihood, thus, suggesting a difference between an employee and a volunteer.   The court added that no public interest was involved because the waiver was an agreement between individuals and would have little, if any, impact on the general population.

Likewise two Michigan courts have ruled for the defendants finding that the waiver signed by the volunteer was enforceable. In Brown v. Northwoods Animal Shelter (2011), Patricia Brown was injured in a slip and fall accident at the defendant’s animal shelter at which she worked as a volunteer. She claimed there was no consideration in the contract, however, the court ruled that the opportunity to work at the shelter was consideration. The court also held that requiring volunteers to sign a release does not violate public policy. In Theodore v. Horenstein (2009), Teresa Theodore was working as a volunteer at an auto raceway when she was struck by a trailer leaving the paddock area. She, too, claimed lack of consideration as well as the presence of unclear language. The court was not persuaded and granted summary judgment to the defendant.