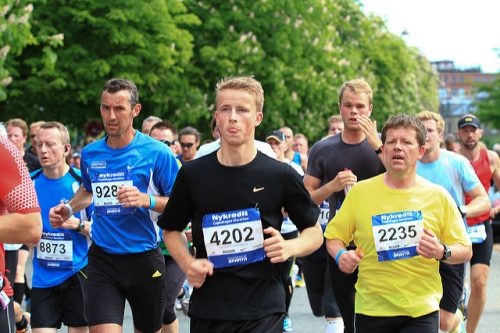 Hundreds of running-related events are held each year. They include 5k runs, mile runs, marathons, half marathons, and events that include other activities such as the triathlon. There is risk in all of these, but most promoters take care to manage the risk as well as possible.

In a huge  half marathon/5K run in California involving about 10,000 participants, a runner collapsed seconds after completion of the half marathon and died a few minutes later (Hass v. Rhodyco Productions, 2018). The purpose of this post is to examine some of the risk management procedures taken and the allegations against the promoter.

Requirements to Hold the Event

The city and county required submission of an emergency medical services plan (EMS Plan) for review and approval by the City’s Emergency Medical Services Agency (Agency). The approved plan provided:

Immediately after crossing the finish line at 10:05:34 a.m., Hass suffered a sudden cardiac arrest and collapsed. Another runner, a physician who crossed just ahead of Hass, heard him fall and immediately began providing CPR; he was subsequently relieved by an off-duty paramedic. Ten minutes after the collapse,  another bystander brought the AED from the post-race tent located about 100 to 200 yards beyond the finish line. The AED showed that Hass had no shockable heart rhythm, but CPR efforts were then continued until paramedics from the City’s Fire Department arrived at approximately 10:31 a.m. They took over treatment which was stopped at 10:49 a.m. when the victim was pronounced dead.

About a year later, the Hass Family filed a wrongful death action making a number of allegations including:

The plaintiff also argued or presented evidence that medical emergencies are “more likely to occur near the finish line of a race because runners tend to push themselves to improve their times, causing an adrenaline rush and an arrhythmia.”

The case will probably be settled prior to returning to trial; probably a very large settlement to the plaintiff Hass Family.

If you organize such events, have a quality emergency plan and see that you follow it in every detail.

If you compete in such events, check the promoter and the event out very carefully. It is impossible for the competitor to learn all the emergency details, but we often hear of such risky practices as failure to provide adequate liquid during the race. At least look for the obvious evidences and don’t be afraid to ask specific questions regarding precautions taken.