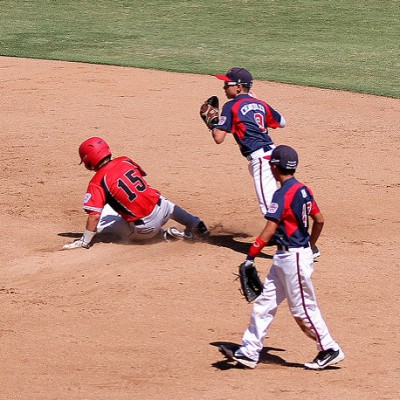 This is the second of an eight-part series on the enforceability of liability waivers of negligence when the sport or recreation participant is a minor.

In Part I of this series, states in which court rulings, public policy, or statute forbid the enforcement of parental waivers were listed. Unfortunately, it is not always possible to confidently predict whether courts in a state will enforce such waivers. There are seventeen states from which there is insufficient information from caselaw to forecast the way in which courts might rule. The states are listed in the table and reasons for the placement of each state are given below the table. 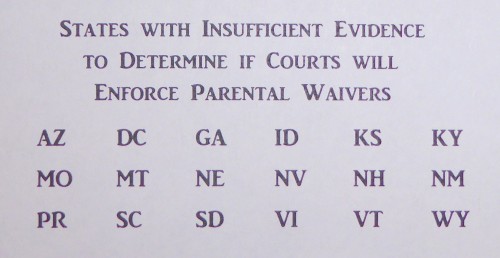 In some states, no waiver cases have been found in which the participant was a minor. These states include Kansas, District of Columbia, Kentucky, Nevada, New Hampshire, New Mexico, Puerto Rico, South Carolina, South Dakota, and Vermont.

In other states (Arizona, Idaho) there have been cases involving a minor, but the waivers were not enforced because the waiver was ambiguous or the cause of the injury was beyond the scope of the waiver. In these cases, the courts have not indicated whether or not a parental waiver is enforceable.

In some cases, the language of the ruling was either not clear or was not such that it led to predicting future decisions (Missoui, Nebraska, Wyoming). A new Montana statute specifically provides for the enforcement of waivers of liability, but does not mention minors or parental waivers so it is unclear whether or not the statute applies to parental waivers.

Georgia presents a conundrum; several cases with minors have provided little clarity on the issue. Two relatively recent cases were decided without ruling on the waiver; one was based on assumption of risk and the other on the Recreational Property Act. Waivers were enforced in two very old cases, but one was a waiver of varsity eligibility and the other was an indemnity agreement at an apartment complex – not really a recreational waiver. In another case a pre-injury waiver was signed only by the minor and failed to protect. It is worth noting, however, the court stated it was significant that the waiver was signed only by the minor.

It is worth mentioning that 30 years ago parental waivers were not enforced in any state. The earliest case this author has found was Hohe v. San Diego School District (1990); now, parental waivers are being enforced in about 15 states. Law is always changing. For this reason, it is realistic to predict that courts in some of these seventeen states will choose to enforce parental waivers.

Post III next week will present states that have broad statutes that affect either the enforcement of parental waivers or all waivers (parental or adult).