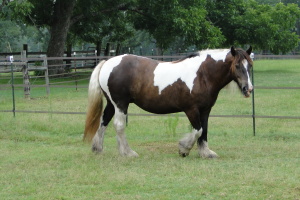 Lynette Blumenthal rented a horse and was thrown during her ride (Blumenthal v. The Bronx Equestrian Center, Inc., 2014 N.Y. Misc. LEXIS 2884).  The defendant moved for summary judgment based on a liability waiver.

Summary judgment is a drastic remedy, and it should not be granted when there is any doubt as to the existence of a triable issue of fact…. Summary judgment will only be granted if there are no material, triable issues of fact. Under the doctrine of primary “assumption of risk” a person who is a voluntary participant, spectator or even bystander is deemed to have assumed and consented to the risks inherent in, arising out of, and generally flowing from certain athletic or recreational activities.

A motion to dismiss … requires that the Court favorably view the pleadings to determine whether a valid cause of action exists …. The court must accept the facts as alleged in the complaint as true, accord the plaintiff the benefit of every possible favorable inference, and determine only whether the facts as alleged fit within any cognizable legal theory. A CPLR 3211 motion should be granted only where “the essential facts have been negated beyond substantial question by the affidavits and evidentiary matter submitted.” Factual claims either inherently incredible or flatly contradicted by documentary evidence are not presumed to be true or accorded favorable inference. However, unless it has been shown that a claimed material fact as pleaded is not a fact at all and there exists no significant dispute regarding it, dismissal is not warranted.

The court then discussed assumption of risk.

A plaintiff’s capacity to appreciate the assumption of the risk of a particular activity may limit the defendant’s duty. An plaintiff who is an infant with limited horseback riding experience may not appreciate the risks associated with such an activity. “An Assessment of whether a participant assumed a risk depends on the openness and obviousness of the risks, the participant’s skill and experience, as well as his or her conduct under the circumstances and the nature of the defendant’s conduct. A participant who voluntarily engages in the activity of horseback riding assumes the risks inherent to that activity, such as the sudden and unintended actions of the animals.”

Plaintiff testimony was given:
• The plaintiff testified that she has been riding horses since nine years old, although her riding was intermittent, with many years off.
• As an adult, her riding was under ten times.
• The plaintiff does not recall whether she was given instruction or anything to sign.
• The plaintiff was not asked her level of riding experience.
• When plaintiff neared the end of the trail her horse stopped to eat some grass.
• The plaintiff was not told that she should not permit the horse to stop and eat grass.
• She did recall being told that during prior riding experiences as a young girl, although she was not told the reason for this prohibition.
• At the time the horse stopped to eat grass the guide was in front of her, already around the curve. No guide was behind her.

After grazing, the horse started to bolt and plaintiff fell off. She did not remember being thrown from the horse.
Equestrian Center testimony was given by an employee of more than 20 years:
• The employee was not involved in the incident and became aware of the accident only when he observed the horse return to the stable.
• She stated that the waiver details the risk of riding and that all riders must sign the waiver.
• She stated that it is customary that the guide would inquire as to the rider’s level of ability to match them with a horse.
• A greeter assigns trail guides depending on group size, group composition and riding ability.
• She did not know how many people were in plaintiff’s party.
• She did not know which guide was assigned to the plaintiff’s party.
• There are no written riding guidelines given to the participants, however she has heard guides instruct on maintaining distance.
• There is no instruction on preventing the horses from grazing.

The court found that the defendant equestrian center failed to meet the burden for summary judgment. The employee who testified for the defendant did not have any knowledge as to the guide, the guide’s actions, or the guide’s instructions. In addition, the plaintiff created a question of fact by testifying that the waiver was not signed by the plaintiff, but instead by another person in the group. It was not discussed, but it seemed the primary issue was assumption of risk rather than the waiver. GOL 5-326 would seem to prohibit waiver enforcement, but determining who signed the waiver would be important since the only warnings would have appeared on the waiver.
Summary judgment in favor of the defendant was denied